US Company Shows Off New Supersonic Test Aircraft
An American startup company recently gave reporters a chance to see its first demonstrator aircraft, which is set to begin flight testing next year.
The tests will be an important milestone for the company. It has plans to develop a passenger airplane that can travel faster than the speed of sound.
The Colorado company, Boom Supersonic, showed off its XB-1 aircraft for the very first time last week. The model is designed for testing purposes only, not to carry passengers.
Boom plans to begin test flights of the XB-1 next year. The company said the plane is the first supersonic jet to be independently developed.
A handful of U.S. companies are exploring ways to restart supersonic passenger travel for the first time since 2003, when the Concorde stopped flying. The Concorde was a supersonic passenger jet operated jointly by Britain and France.
The supersonic planes being developed today make less noise and are more fuel efficient than the Concorde. But manufacturers are under pressure from environmental groups and airports to meet the same noise and carbon emission limits as traditional planes.
The main body of the XB-1 is 21 meters long. The jet is powered by three J85-15 engines made by General Electric Company. 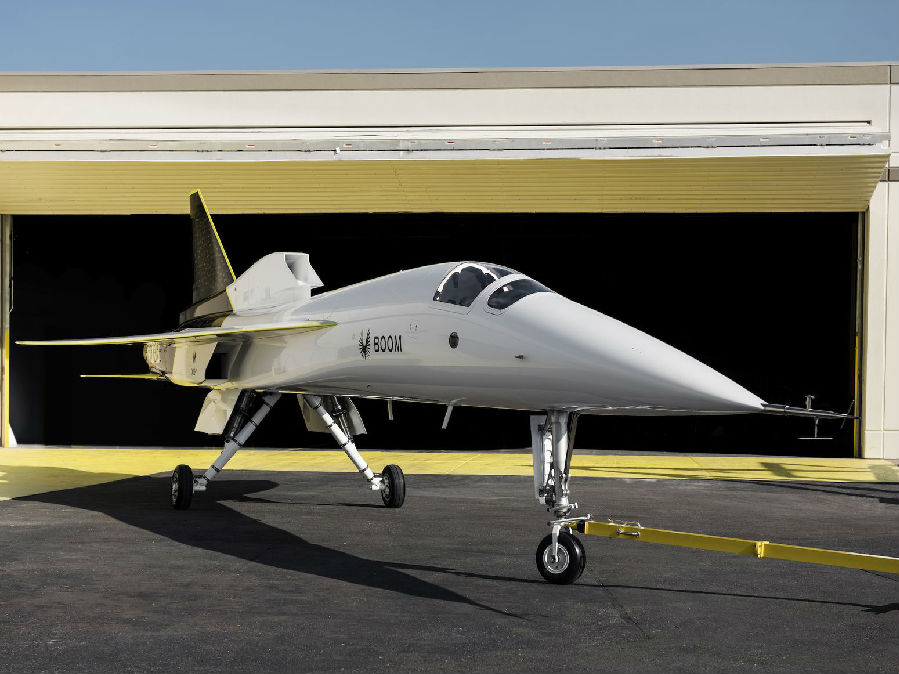 Boom said in a press release that its ground tests of the XB-1 will be carried out in the coming months in Colorado. The aircraft will then be moved to California, sometime in 2021, to begin flight tests.
The company said the XB-1 will undergo a carbon-neutral flight test program during those tests.
Boom plans to use the XB-1 demonstrator to test the plane's equipment and engineering design. If the flight tests are successful, the company plans to continue development of its planned aircraft model, called Overture. The XB-1 is a version of the Overture, but about one-third of its size.
In the coming year, Boom plans to continue working on Overture's propulsion system and carry out wind tunnel experiments.
"When XB-1 breaks the sound barrier in flight, Boom will be finalizing the design of Overture," the company said in a statement. It added that Overture should be ready for testing by 2025 and it plans to enter the plane into service by 2030.
The company wants to cut the flying time across the Atlantic Ocean to about three-and-a-half hours. That would be half the time now required.
The aircraft will have 65 to 88 seats, with prices expected to be like current business class rates. Boom says it has already received preorders for planes from Japan Airlines and Virgin Group.
Boom Chief Executive Blake Scholl said he expects the travel market to recover over time from weakness caused by the coronavirus health crisis. He added that offering much faster flights could be a solution for people afraid of being infected on planes.
"The nice thing about supersonic jets is if you're concerned about time on airplanes, less time is better," Scholl said.
I'm Bryan Lynn.